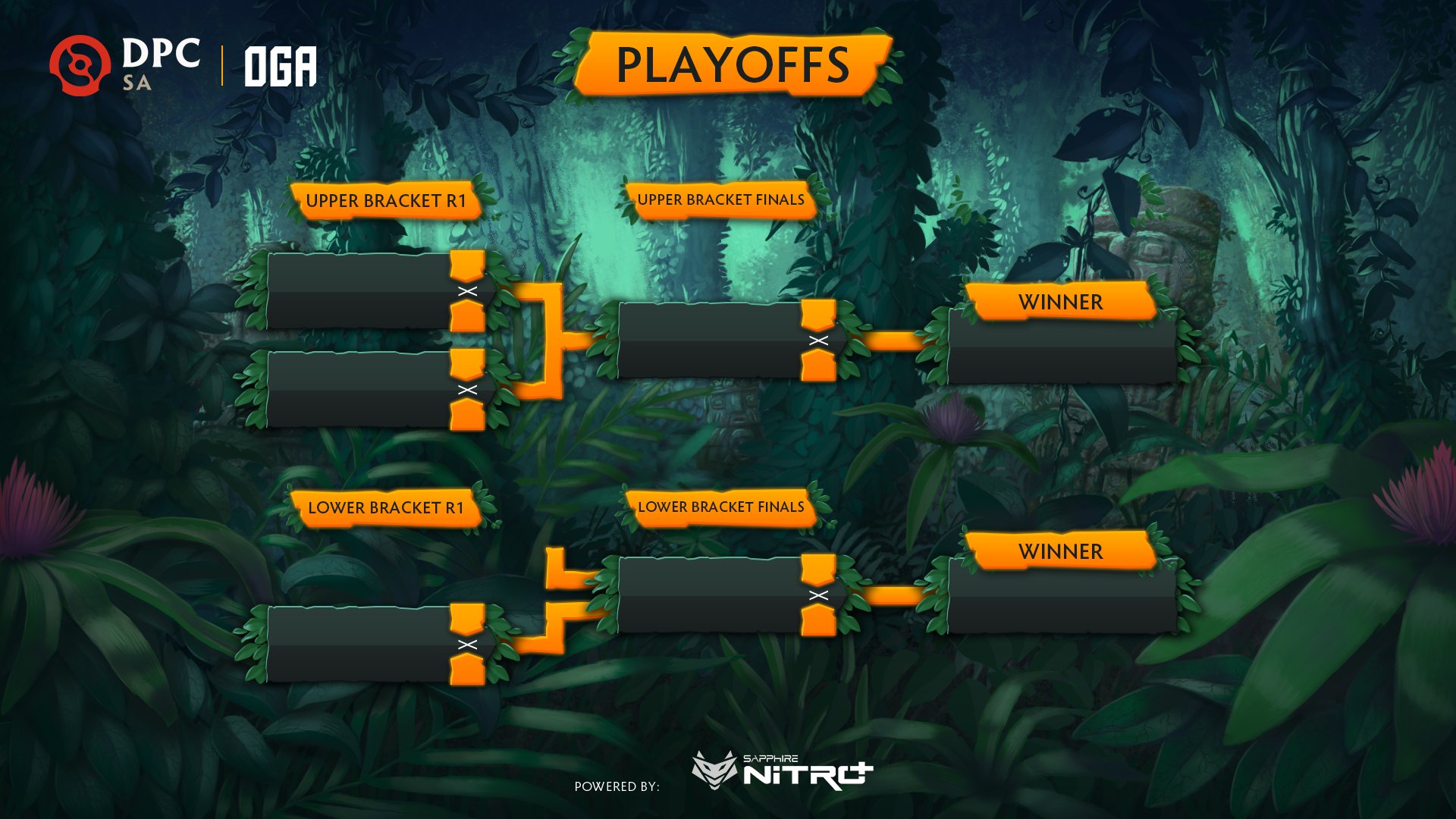 The Closed Qualifiers for the OGA DPC SA Regional League Season 2 will take place on April 3rd and April 4th. The four teams that advance from the Open Qualifiers will compete in a double-elimination format, and both the Upper Bracket Winner and the Lower Bracket Winner will get a spot in the Lower Division of Season 2.

Upper Bracket Round 1 will be played on April 3rd at 14:00 PST, 17:00 ET, followed directly by the Upper Bracket Finals.

All Closed Qualifier matches will be played as BO3.